A Bit Of Comic Relief

Dear Santa,
Either you get me what I want for xmas , or Dasher and Dancer are next! Make it happen fat man! 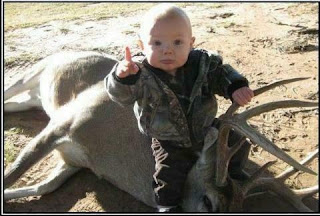 With tears in his eyes, Mike hung up the phone, turned to his wife Maggie and said, “My dad has cancer.”

Maggie stared at her husband a moment, her eyes blank as she processed what he said.

“Are they sure?” She asked, her voice trembling with emotion.

“Oh God.” Marge said, realizing what this meant. Her father-in-law had been such a huge presence in their lives; ever since they’d moved in with him, after his heart attack ten years ago.

“He’s always bounced back before,” Mike said, “but the doctor says he can’t recover from this. All we can do is make him comfortable.”

“He hasn’t been well for a while,” Maggie mused, her eyes filling with tears, “but I didn’t realize…didn’t want to think…” Her voice choking, Maggie left her thought unfinished. Her jaw worked as she tried to put words to her emotions.

Her eyes met her husband’s and the two shared a moment of understanding and a crossed her face. Lifting her arm in the air and pulling it down in a single motion, she gave a triumphant whoop. “YES! I was beginning to think that old coot would live forever.”

“Apparently even Satan can die.” Mike quipped, heading over to the bar to mix a celebratory cocktail.

“At least now we don’t have to poison him.” Maggie said. “Pancreatic cancer; that’s painful, isn’t it?”

“It is. After the hell he’s put us through the last ten years, I’m going to enjoy this.”

Stewie was depressed. He had just had an argument with his wife, who had said she considered him a failure. A complete failure to be exact.

“Winter is coming,” she’d said, “we have six children to feed and you’ve not stored any food away! I can’t do it all myself! You are a complete failure!”

Stewie scurried around, digging under the fall foliage. He knew all the acorns couldn’t be gone. As he came over a pile of leaves he saw one, lying out in the open on the Forbidden Ground. They had all been warned to stay away from there. Some of his friends referred to it as The Killing Zone.

But there were others, usually the young, more adventurous of his clan that made a sport of running out into the middle, slapping the ground and running back. They called it counting coup. It was a test of their speed. He looked at the acorn longingly. He wasn’t young anymore, but back in the day he had been a champion jumper. He was sure he could still execute his signature move perfectly.

“You are a complete failure!” His wife’s words echoed, accusingly, in his head.

Climbing stealthily over the leaves, Stewie paused at the top, poised to compose himself, then leaped, arms stretched to grab the acorn, do a double flip and then back to the pile of leaves.

“Did you see that?” Lisa asked her husband, Jeff. “That squirrel jumped straight into the side of the car!”

With a straight face, Jeff quipped, “Must have a wife he was trying to get away from.”

“Oh don’t you start,” Lisa chuckled, continuing on down the road.

Behind them, Stewie lay on The Forbidden Ground, the prized acorn just within reach. He stretched his arms out, ready to claim his reward. His head ached, but Franny couldn’t call him a complete failure. His fingers closed on the trophy.

The driver of the semi never even saw the squirrel, who went down in his clan’s history as an example of why you should always store your acorns early. Wives of lazy squirrels began referring to their husbands as Stewies’, while the game the young squirrels played became known as How not to be a Stewie. The legend of Stewie was told over and over, from one generation to the next, influencing everything they did.

Not exactly a complete failure.
.....

I knew he reminded me of somebody famous.
On the left is Walter, Jeff Dunham's dummy.
On the right is Obama's.