I am going to allow you a look into a rare happening...a romance story that I have written.  I know, strange.  I started out writing what I thought was going to be a horror story, but my muse had other ideas.  I hope you enjoy it!
Battling Demons
by Lisa McCourt Hollar 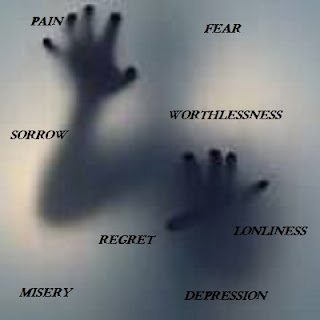 It all started with a trip to the Dentist. I had been nursing a toothache for weeks and had finally gotten up the nerve to make an appointment. Just my luck, he’d had a last minute opening and could get me in today. I had a feeling his receptionist had just made that up, knowing my fear of her boss and the possibility that, if given enough time to think about it, I might back out of my appointment. Not a chance of that though. I’d rather spend my day dealing with the demon, than put up with this pain another day. Not that Dr. Ross in anyway resembled a demon. If it weren’t for the needle, his drill and all those painful tools he used, visiting him would be a dream. The man was gorgeous.

As it was though, visiting the dentist was a traumatic experience for me. My phobia goes way back to when I was seven and the Nazi dentist my mother had taken me to hadn’t given me enough Novocain to numb the pain. After that my mom had to drag me to the dentist, kicking and screaming.

I parked my car in the lot outside his office. I spent a few minutes, just sitting there, doing a breathing exercise my shrink had taught me on my first visit. It was supposed to help calm me. It didn’t. And since my fantasy about the medical building exploding in a flame of fire didn’t come true either, I supposed I had no choice but to go in. Sometimes in real life, you had to bite the bullet and face your fears head on.

His receptionist smiled at me as I walked through the door. She said she’d wondered if I was going to show up, or call with another lame excuse. The last time I was supposed to come, I’d called half an hour before my scheduled appointment and told them I was in the middle of a shoot out. Actually, that wouldn’t be so lame, considering my job as police chief, if our town wasn’t so small. Shootouts simply didn’t happen here. Nothing more dangerous than Stanley Moore getting drunk and running into the towns only stop sign, ever happened. Unless you counted Marge Brewster’s offerings at the annual potluck dinner. Broccoli and cauliflower, brewed and steamed. The thought of trying to force that down always turned me a little green.

His nurse ushered me into exam room 2 helping me into the chair, that I imagined must have been designed by a sadist. She draped the bib over me, and set to work, examining my teeth. Then she left the room, assuring me, or warning me,(it’s all a matter of perspective,) that Dr. Ross would be in shortly.

The demon, err, Dr. Ross walked into the room, a smile on his face. “Well, whadda ya know.” he said. “ I guess you did survive that shootout.”

I blushed. His receptionist was right. That had been a lame excuse. I smiled, keeping up appearances, “What can I say? Being police chief sometimes requires my involvement in deadly games.

He chuckled before grabbing hold of his instrument of destruction and asking me to open up. He made a few clucking sounds and then asked me, so, is it genetic? I garbled out a curious, “what?”, through a mouthful of malevolent tools.

“This habit of yours, putting the cart before the horse. Coming to see me before there’s a problem might be a little more pleasant. Unless of course you’re just into pain.”

I garbled out that if I was in to pain I’d be there to see him more often. He acted slightly , offended and then reached for the laughing gas. Because of my phobia and past experience, he always made sure I was feeling pretty good before he went to work on me.

“So,” he said, “I understand you have a birthday coming up.”

“Tomorrow.” I blurbed. “Valentines day. The gas wasn’t enough to make me feel happy at that prospective. I was going to be 40, something I wasn’t looking forward to. I’d always thought that at 40, I’d be married, with a couple of kids. Then Bob died, and my life had a slight change in plans.

I’d always felt awkward around the opposite sex, but Bob had been different. I’d always been at ease with him. After his death, I mourned for a time, but when I began to feel ready to date, I found I lacked the self confidence to make myself vulnerable to another man. Somehow, I had managed to erect a barrier around myself, and the men who did ask me out on a date, never seemed to call for a second. I tried to tell myself it was my job, that they found a strong woman intimidating, but I knew the truth. I wasn’t a fun date. I tried, but whenever I opened my mouth to speak, something dumb always came out.

Maybe it was the gas, maybe just my fear of dentists, but I started crying. Not a loud, sobbing cry, but a few tears out of the corner of my eye. I don’t think his nurse even noticed, but Dr. Ross did. He finished up the procedure without another word, and then left the room. I was embarrassed that he’d seen that side of me. After all, I was the police chief. It was important to project a certain image. A crying, ball baby Police Chief didn’t exactly evoke confidence.

The nurse showed me into the reception area, where I was instructed to wait a bit, before being allowed to drive home. I guess the affects of laughing gas would be about the same as Stanley Moore trying to drive home, after spending half his night at the tavern. I layed my head back, closing my eyes. After a while the nurse came out, asked me a few questions and then told me I was free to leave.

I went by the station for a bit, but feeling tired, I left and drove home. I didn’t know what had gotten into me. Crying in front of Dr. Ross and now leaving work in the middle of the day. Maybe I was going through a mid life crisis.

”Just a little peace and quiet,” I told myself. “That’s all I need. Maybe disappear for a while. Just until after my birthday.

As I pulled into my driveway, a puzzled frown formed on my face. Dr. Ross was sitting on my porch swing. I wondered what he could possibly want and briefly worried that maybe there was something more wrong with my mouth.

“To what do I owe the pleasure?” I asked.

“I thought that maybe you could use a friend tonight.”

“What for?” I asked, trying to appear clueless.

I stood there for a minute, trying to fight back the tears. I’d tried to forget, but my subconscious hadn’t let me.

“This day is always hard for me. I’ll get past it though.”

“Why do you always shut everyone out?” He asked. “Bob’s death wasn’t just hard on you. It was difficult for us all.”

I opened my mouth to protest, but he cut me off, before I could get a word out.

“Now I understand it was harder on you than most, after all, you were engaged to him. But we’ve all been here to support you, only you keep pushing anyone away that you think is getting too close.”

I just stood there, waiting for him to finish. I knew he was right. He’d been one of the men to ask me out after Bob’s death. I remembered how when he’d tried to give me a kiss, I’d backed away, afraid that I’d be dishonoring Bob’s memory somehow. He had left after that, never asking me out again. That had been five years ago. Somehow we had remained friends though, getting past the first awkward meetings at church or the diner. His office.

“He was my best friend. You both were, but ever since he died you’ve treated me like a common acquaintance.”

“Like that! Dr. Ross. You used to call me Dave. Why did that change?”

I was quiet. I couldn’t explain it.

“Actually,” he said, “I think you stopped calling me Dave after we went out. I’m sorry I tried to push you back into dating before you were ready, but I always thought eventually you’d be ready to go out again. But it’s a little hard to approach someone who always calls you doctor.”

I stood there a moment, and wiped away my tears. It seems that I was battling more than one demon today.

“I don’t think I can ever forget how he died.” I said.

“Neither can I.” Dave said. “I often think how it should have been me.

“What do you mean?” I asked, puzzled. Bob had died in a car crash, on his way to pick me up. We were going out to celebrate my birthday, a day early. He’d known that my parents were throwing me a big surprise party for my 30th, but wanted a little time alone with me. The road had been icy and he’d slid through the stop sign on Main Street and been hit by a school bus, returning from a basketball game.

“Shhhh, don’t you know?” he asked, dabbing at my tears. “Bob won the toss.” Then at my questioning look, he explained, “the night he asked you out. We’d both wanted to ask you out, but we agreed that only one of us could date you. He won the toss. I’d been so jealous of him. Then watching the two of you fall in love. It was hard. I couldn’t just tell him I’d fallen in love with his girl. But I had. Then he died and I realized, that should have been me.”

I stared at him a moment, amazed at what he was telling me.

“I never stopped loving you, even when you started calling me Dr. Ross. I kept hoping you’d get past Bob’s death, finally start moving on. I watched as you went out on dates and then pushed the guy away. I began to realize that I was never going to be able to get past Bob’s memory. But damn it! It’s not fair. It’s not fair to me, it’s not fair to you and most of all it’s not fair to Bob. He wouldn’t want you to be doing this to yourself. You’re not honoring his memory by refusing to live your life.”

He stopped talking and just stood there looking at me. His eyes were smoldering and I couldn’t help but think how good looking he was. He was a gorgeous man. If only he weren’t a dentist. Stepping forward, I felt myself kissing him. He was right. I had distanced myself from him after our date. I’d pushed him away because I realized I was falling for him. All the times I canceled my appointments wasn’t because of my fear of dentists, but because of my fear of him. I was afraid that falling in love with him would mean that I’d never loved Bob. Now I knew that wasn’t true. And as he kissed me back, I began looking forward to myself at 40.
copyright 2011 by  Lisa McCourt Hollar
Posted by Lisa at 12:59 PM