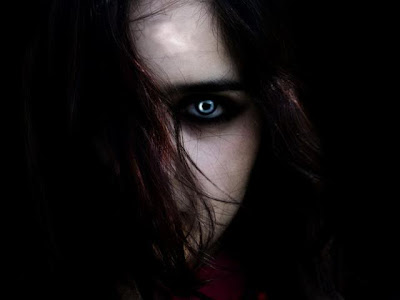 My great grandmother was a witch. I don’t know if that qualifies her as being famous, but she is certainly famous in my family. Stories about her have been told and passed down throughout the years. Of course, I always thought they were just that, interesting family lore, but nothing more.

I remember the first time I had heard about Grandma Clare’s “special” abilities. I was helping my mom clean the attic and came across a box of old pictures and an Ouija board. I was only ten, so the box really captured my imagination.

“What have you got there? Oh my, I haven’t seen these in years.”

“Who is this?” I asked, pointing to a picture of a young woman. The photo was black and white, clearly old, but the woman in it was beautiful.

“That is your Great Grandma Clare. Here,” she said, shuffling through the pictures, until she came to another, the same woman, older now, with a baby on her lap. “This is me. I loved sitting on Grandma Clare’s lap. You were named after her.”

“Why are the pictures up here in the attic? Shouldn’t they be in the family album?”

“Your Grandmother, my mom, put them here. She didn’t want any reminders after she passed away and she was a bit embarrassed by her.”

“Embarrassed? Why? What was wrong with her?”

My mother laughed when I asked that. “Nothing was wrong with her dear. She could do things other people couldn’t and that made some people afraid of her and, by association, us.”

“A witch? Honest? Then this Ouija board was hers?”

“No, it’s mine, which is a whole other story. Your Great Grandma didn’t use Ouija’s. She said they held evil spirits and nearly took my behind off when she caught me with it.”

When we left the attic that day I had the pictures of my Great Grandma. The Ouija board stayed behind. Over the years my mother told me all kinds of stories about Grandma Clare, like the time she took the warts of Uncle John’s hand when he wasn’t looking, or the time she healed her neighbors cow that wasn’t producing any milk, or curing the little girl down the road of hiccups.

But these stories just left me wanting more. Removing warts, curing hiccups? These were things anyone could do. Predicting the weather? Where was the excitement in that? To me, these stories just showed that Grandma Clare knew a few things about the stars and had a few old remedies to cure people of different ailments. Every now and then I would ask my mom to tell me about the Ouija board, but she always refused, saying that was a story for another time. Finally I stopped asking and eventually I stopped fantasizing about what it would be like to be a witch. The dreams I had of leaving my body and exploring the night, while everyone else slept ultimately stopped. They were after all just dreams.

Eventually I went to College to become a doctor and I found I had a natural ability for healing, probably handed down by Grandma Clare. But there was nothing mysterious about that.

Then one night, while home visiting some friends, we started talking about superstitions and I told them about Grandma Clare and how everyone thought she was a witch because she could heal people using old remedies. We’d been drinking and somehow the tale of my mom’s Ouija board came up.

“You mean to say that you never gave it a try?” My friend Melissa asked, “Not even once? Clare, how could you not?”

“I tried a few times to go to the attic and retrieve it, but my mom always seemed to know and would conveniently steer me in another direction.”

“Well what about now?” Samantha asked.

“What, now? I don’t think so. I mean, what are we going to do, sneak across town in the middle of the night, break into my mom’s house and steal her Ouija board.”

“Clare, it’s not breaking in. You’re home visiting her. And didn’t you say she’s at her high school reunion tonight? ”

“Which is why I’m here visiting you two. So I wouldn’t be stuck at home with no one but the dog to keep me company. Besides, we’ve been drinking.”

“I haven’t been.” Jen said from the corner. She’d been so quiet I almost forgot she was there.

Which is how twenty minutes later I ended up in my attic, bent over an Ouija board, asking it a question. To my surprise the thing moved without my even touching it. My fingers just hovered as it flew across the board, as though on its own. And it didn’t answer my question. Not the first one. It just spelled out, WELCOME BACK CLARE WE HAVE BEEN WAITING.

THE SPIRITS WE ARE HERE TO DO YOUR BIDDING.

Melissa and Samantha freaked out, tearing down the steps as though being chased by a demon. Jen stayed. She said she had always known I was a witch and was just waiting for me to remember. The nights I dreamed I had left my body, weren’t dreams. And I wasn’t alone exploring the town. Jen had been with me. She hadn’t known at first what was going on and by the time she realized what was going on I had stopped. But she knew, it was in my blood, just as it was hers and that eventually I would be back.  And I am back. While my body lies in bed at home, Jen and I go wherever we please, do whatever we want. Sometimes the spirits tell us about people that deserve to be punished, like the priest in the neighboring town that liked little boys. He denied it, but we knew it was true. The Ouija told us everything.
My mom doesn't tell me what to do anymore. When she found out I'd used the Ouija, she tried to destroy it.
"I should have done this long ago," she said, "but I was afraid."

"Please mom, don't!"
She threw it in the fireplace and it started to burn. I could hear the spirits screaming; MY SPIRITS! So I reached in and pulled it out. Then I burned mother. She had to be punished.

There weren't many questions about the fire. It was an old house and the wiring was bad. Everyone was relieved I'd escaped. Everyone except for Melissa and Samantha.  They've been avoiding me, saying nasty things about me and Jen. But it doesn’t matter. I have the upper hand and spirits that are willing to do my bidding. And tonight Jen and I are going to pay them a visit.


Copyright© 2011 Lisa McCourt Hollar. All rights reserved
Posted by Lisa at 9:05 AM