This is just a quicky. I wrote this story a few weeks ago for a 250 word contest. You had to write a story that aptly described the word HEADSTRONG.
Little Gracie
by Lisa McCourt Hollar 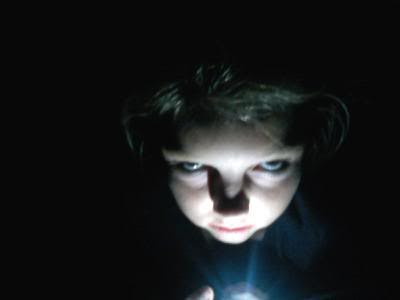 Little Gracie was headstrong; at least that’s what her father said.
“My little Gracie is headstrong. She doesn’t let anyone boss her around.”
And it was true; Gracie didn’t like anyone pushing her around.
“Clean your room,” Gracie’s mom would say. Gracie would just look at her and say, “No.”
“If you don’t clean your room, you’ll go without dinner.”
“No,” Little Gracie would say.
Later her father, who could never say no to his little girl, would tell her to come eat.
“She’s headstrong,” he would say to his wife, “I was the same way at her age. She’ll outgrow it.”
But she didn’t. When she turned 5 Gracie entered kindergarten. Mrs. Green called her incorrigible and sent a note home. Gracie’s parents came to school but Gracie’s father just laughed, “She’s a bit headstrong. She’ll be fine.”
“She needs structure,” Mrs. Green argued. Gracie’s mother agreed.
Voted down, Gracie’s father relented. When Gracie came home the next day she was told she could not watch television.
She turned it on anyway.
Her mother sent her to her room.
Gracie kicked and screamed, but this time her father did not step in.
This went on for a week and Gracie realized her mother was headstrong too.
Monday morning Gracie got up and walked to school. Mrs. Green was shocked to see her covered in blood.
“Gracie, what happened to you?”
“They told me no,” she said, showing Mrs. Green a knife. “I don’t like no.”
Little Gracie was headstrong.
copyright© 2011 Lisa McCourt Hollar. All rights reserved
Posted by Lisa at 12:51 AM