The Birth Of Politics

The Birth Of Politics
by Lisa McCourt Hollar 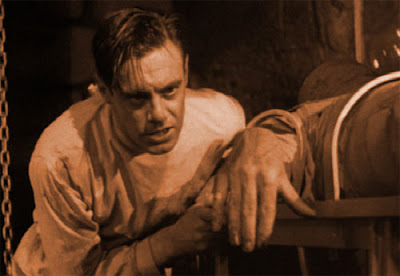 Stubby looked out the window of the castle and wiped the sweat from his brow. He had hoped the traps he’d set on the road up the mountain would slow the mob down, but he could see the flames from their torches were drawing even closer to the fortress and they would be here within the hour, perhaps even sooner. He wondered how they’d managed to get past Spot.
“Damn dragon had probably rolled out the welcome mat for them. I should have gone with the watch goat spell,” Stubby mumbled. Dragging his club foot behind him, the hunchback hobbled into his lab and glared at the monstrosity that had caused his predicament. He had heard of his brother’s success in Transylvania of bringing back a man from death and had thought to take it one step further. After all, bringing someone back from death wasn’t all that amazing. Hell, that man Jesus had done it multiple times, at least according to the priest that kept coming around trying to get money out of him. But as far as he knew no one except the Almighty had ever created life.
The problem was he didn’t know how to do it with just dirt. Stubby was more to the recipe than that and the man upstairs was holding out on them, but he thought with a little practice he could figure it out.
His first experiments with life created a toad. It wasn’t the desired outcome since toads were reputed to cause warts, but he was sufficiently satisfied. So he made another, just to make sure it wasn’t a fluke and he was on the right path. No one told him that amphibians could switch sex so when he saw them bumpin’ uglies he figured they were just making the best of an awkward situation. 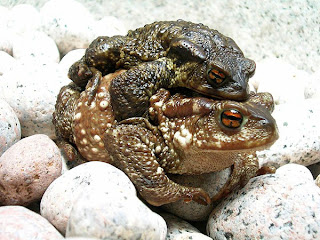 “Hell,” Stubby thought, “if I could get anyone in the village to look my way I wouldn’t care who it was, it would be better than lefty here.” With that he gave his deformed left hand a glare and said, “You aren’t all that after all.”  Then he looked at his right hand and said, “I don’t know what you’re laughing at, you aren’t all that great either.” His right hand slapped his face after that and he had to apologize.
But then the castle was filled with little toads hopping all over the place and before he could get them contained they had escaped out a window. Next thing he knew they were down the mountain and spreading warts throughout the village. There was talk of a lynch mob at that time but then the village idiot started talking about rain and building a boat and that distracted them for a while. 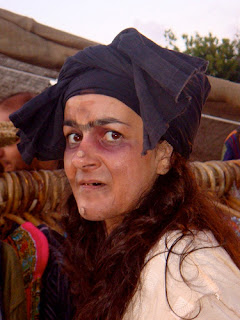 Stubby began his next experiment after that, producing a woman, but he quickly dismantled her. If all women were like this one he would stick with lefty and righty. They at least didn’t tell him he was a failure and a disappointment and righty was a pretty damn good chef. This woman couldn’t even boil water and tried to blame him for it and then threatened to have her mother move in with them. He hadn’t even known that was possible since he’d created her from dirt, an amoeba and a little water, but before she was done with her tirade there was a knock at the door and the most unappealing woman ever stood on the other side. It was the warts on her face that made him suspicious of her origins and when she caught a fly with her tongue he knew she was one of the mutated frog’s offspring. Getting rid of her had been a little tricky, but when righty pulled out a recipe for toad stew she beat a path down the mountainside and he hadn’t seen a wart from her since.
This brought him to his latest experiment. He’d thought it a success at first and named his creation Paul. The man, for that’s what it resembled, was relatively good looking and well versed but soon it became apparent something was wrong. He’d used a bit of reptile DNA but not a lot. Apparently it was too much. The man spoke with a forked tongue. Even worse, when Stubby was having a lover’s quarrel with lefty, the creature had opened the door and went into the village where he pulled up a discarded soap box and gave a speech, informing the village that they were in need of a new leader. His speech was so passionate that the villagers immediately strung up the former mayor and named Paul their new leader.
Soon Paul began wooing all the village maidens and even a few of the hags. When he got caught with his hands in Mrs. Field’s cookie jar the village decided they’d had enough. They sent a pigeon to Transylvania, requesting Dr. Frank’s services in reviving the former mayor. 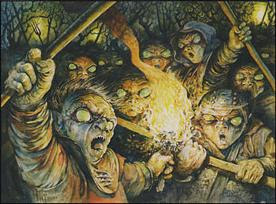 That would have been fine if not for the damn toads. The mayor had been buried near the swamp and the effin’ toads had laid their eggs inside his corpse. They started hatching while he was dedicating the boat the idiot had built. Toads everywhere, spewing from the mayors mouth. Then that cursed mother showed up, harping at the mayor. Paul chose that moment to step up on the soap box and give a passionate plea be kind to the toads, after all they hadn’t asked to be created. This reminded them that Stubby was the one behind their birth. Next thing he knew they were heading up the mountainside, led by Mr. Fields. Paul managed to get there to warn him, but as would become the norm with all of Paul’s forked tongued offspring, it was too little, too late.
The moral of the story: Paul a Ticians have snake DNA and can’t keep their hands out of the cookie jar. Elect the wrong one and you’ll find a lynch mob at your back door.
Copyright© 2011 Lisa McCourt Hollar.  All rights reserved.
Posted by Lisa at 11:24 AM