A Romantic Comedy:
How I Met My Husband
by Lisa McCourt Hollar 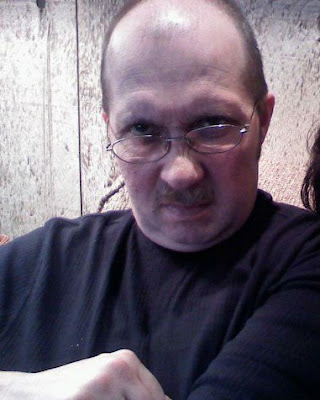 It was two years ago today I stood on the deck in my dad’s back yard, hands sweaty, butterflies flapping around like crazy in my stomach and clouds overhead threatening rain, that I said I do to my husband.  It was and still is, one of the happiest days of my life.

When I first met my husband I can’t say it was love at first sight, at least not for me. He fell in love with me instantly, a fact that he will tell you about. My first thought however was, “Oh my God, we traded out Gomer in for Goober.” You see, he was the new security officer at the Wal-Mart where I worked at and I was less than impressed. Even more, I was horrified when he walked up to me at the end of the night and asked me “Just what is writing dot com?” I was wearing my shirt that advertised the writing group I was in. After I explained that it was an online writing community and that I was a preferred writer there. (Imagine the word preferred being said with a slightly snobbish tone. I was really obnoxious back then.)

“Well you should check it out then,” said I. I didn’t really think he would. In the back of my mind I was thinking that this was the worst pick up line I had ever heard. And let me tell you, I wasn’t a catch back then so you would have thought I’d been thrilled at the attention. I wasn’t. I had my idea of what I wanted in a man and this security officer was not it.

So what was it I was looking for in a man? I had a list and I had even sent it to God, via prayer. I’d given Him a deadline. Can you imagine? I. Gave. God. A deadline. I wanted the perfect man by my birthday. If I didn’t have him by then I was giving up and would remain single and dateless for the rest of my life. Let me tell you something right now, don’t give God a deadline. He might not meet it just to teach you a lesson. Or in His true sense of humor He might meet it and knock you on your ass in the process.

First thing I wanted was a man that would see only me. 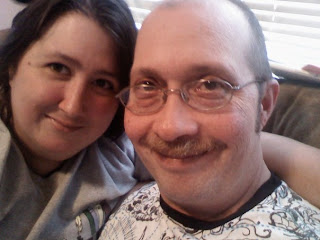 “Lisa, I think that security officer has a thing for you.”

“Hey Lisa, why don’t you go out with him? I think he likes you.”

The thing was at that time I was ‘slightly’ interested in someone else. I won’t say who, but he worked there as well. One day one of my friends put out feelers to see if ‘he’ might be interested in me as well. His response, “Isn’t she dating the security guy?”

I wanted to die.

Second on my list: He had to have a sense of humor. 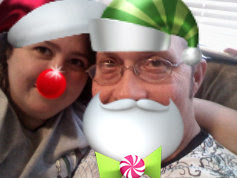 No one can say Jeff doesn’t have a sense of humor. In fact, after a while when he seemed to back off a bit, I noticed that he was sort of funny. A lot of people didn’t see it because it is very black humor, but I did. Probably because I am a bit morbid and find things funny others do not. I found myself laughing at some of the jokes he would say. I still wouldn’t be caught dead on a date with him, but he was funny. If only he would quit doing the Vulcan greeting whenever he saw me. 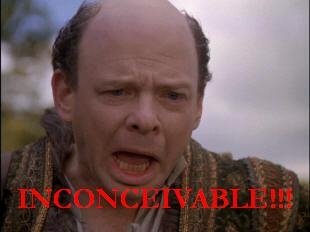 Ok, I am a diehard trekkie, so was it that this guy, who clearly liked Star Trek as much as I did was annoying me with his Vulcan hand greeting. Was it that I didn’t want the people I worked with to think of me as a geek? Because I was and in fact they knew this. I didn’t keep it a secret that I loved Trek. But I also didn’t walk around spreading my fingers in greeting to everyone. As I said earlier, I was a bit of a snob back then.

And then there was the writing. I went onto writing.com one day and looked up Jeff’s account. He had told me he’d joined and I wanted to see just what passed as writing. I was mesmerized. His poetry was beautiful and I found myself wanting to know his opinion of my writing. So I made the mistake of asking him. His response:

“I really don’t think people are being honest with you when they rate your work. It’s good, but not as good as the 5 stars you are getting would indicate.”

Then he walked away. “What the hell,” I screamed after him…ok, silently in my head. “I’m a good writer!  I AM A PREFERED AUTHOR! What do you mean I’m just okay?!?” Suddenly I found myself wanting his approval. I would go through my port, find what I considered to be my best work, send it to him and he would send it back with errors pointed out...

Through it all I continued to snub his advances. He was still pursuing me, but a little more discreetly. Then one day he came in and handed me a couple of sheets of paper. “This is for you,” he said.

It was a fairy tale he had begun to write and the lead character was my daughter, Rylie.

“You spelled her name wrong,” I pointed out.

“Okay,” I said and began reading. Another cashier read over my shoulders. When I was done I just stood there, not sure what to think. The other cashier said, “He must really like you.”

“Why don’t you like him,” she asked. “It seems to me you have a lot in common.” I just looked at her. “Just saying,” and then she walked away.

The thing is, she was right but I was too busy looking at the outside to even notice the inside. Now I think Jeff is pretty damn good looking, but I am seeing him from the inside now as well as the outside. To those that see the shell, or the book cover, he is not a bad looking man, handsome in his own right, but he not Vin Diesel, or even Owen Wilson, and certainly not this guy.

Soon my perspective began to change and I began looking forward to seeing him at work. Thing is he stopped showing up in the usual places. I began to worry he had lost interest. And I began to hit myself in the head because I realized he met the requirements I had sent to God. He was respectful of me, even refusing to cater to my ego by telling me he loved my writing when he did not. He had eyes only for me, he was funny and we shared the same interests. But had I pushed him away? I was afraid I had.

So I sat down and wrote a poem for him, posted it on writing.com and sent him a message that I had just written something new and I wanted his opinion. Then I held my breath.

You're frustrating, bothersome, annoying as hell,
Irritating, confusing and frightening as well.
You make me wonder if I've gone insane,
And I know it's you that I have to blame.

Chipping away at the wall that I've built,
My will to resist, beginning to wilt.
Your face invading my every thought,
In dreams, your touch, my body has sought.

Bricks have fallen, meant to protect,
My heart from the longing and eventual wreck,
Of emotions that tend to get out of control,
Feelings that hurt my heart and my soul.

Emotions that confuse with dizzying speed,
Instilling in me a longing and need
Still...Your voice brings a smile to my face,
When you are near, you make my heart race.

I know I'm insane, to long for your glance,
But to feel your kiss, I must take this chance,
Let my guard down, leave the bricks lay,
Oh dear lord, I just hope you're not gay.


Yes, a bit childish, but until then I had never written a love poem. I had a very jaded view of love.

A few days later he popped up in chat and we started talking. He asked me out. When was our first date?  2 weeks before my birthday. Then another a week before my birthday and the third on my birthday. He bought me a present, a heart shaped locket. And I fell in love that day with a man that looked me in the eye and told me with such feeling he thought I was beautiful. I didn’t feel that way but when he said it I did. I love him still. God answered my prayer and sent me the man of my dreams. I just didn’t realize my dream was a comedy until it was almost too late. 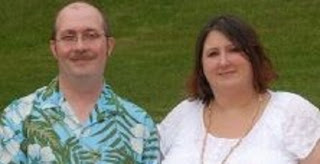 A Poem For My Husband:

My Imzadi, My Love

I long for your kiss,
The feel of your touch,
Our intertwined bodies,
Creating a rush.

My heart pounds,
Beating with yours,
Trembling with emotion,
Reality blurs.

There’s only you,
Holding me near,
My imzadi, my love,
Whispering in my ear.

Your breath upon my neck,
Your tender caress,
My body trembles,
As your lips find my breast.

The fire grows,
Consuming, it burns,
My heart is aflame,
And I know that I’m yours.
I LOVE YOU JEFF! I WOULDN'T TRADE YOU FOR ANY ONE ELSE!
Posted by Lisa at 1:43 PM