A few years ago I had a dream where I met William Shatner. Yes, I said William Shatner. I am a huge …huge Trekkie, (not Trekker, makes it sound like I’m a trucker and besides, Gene Roddenberry coined the term and who am I to argue with the creator of one of the best shows ever,) and some of my fondest memories involve the original series.
When I was younger, there wasn’t a family holiday that went by that didn’t have my cousin and me sitting on the floor in my grandmother’s living room, watching Kirk get his shirt ripped off as he battled a Gorn or some other strange alien. I loved it and when my cousin passed away in a tragic accident I found myself looking to star trek to try and reconnect those memories. Over the years other series have come and gone, The Next Generation, which I watched reluctantly, late at night as my first born, kept me awake. I grew to love it and then along came DS9, my all-time favorite. It is the first and only series that reminds me of the friendships forged in that first series with Jim, Bones, Spock and Scotty.

The following story is based on my dream.


Me, Shatner and the P B & J
by Lisa McCourt Hollar 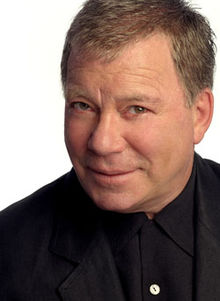 Tanya looked up as the bell over the door rang, indicating that a new customer had entered. She was standing next to the register, working on an inventory sheet and was ready for a distraction. These numbers had her eyes crossing. She looked at the man that walked into the store and blinked. Her eyes really must be wacky, because it looked to her like James T. Kirk had just walked through the door. She opened them and looked again. He was still there, Captain Kirk, older than he’d been when she watched him on her grandmother’s television screen, but still Captain Kirk, his eyes gleaming with mischief as he contemplated the unknown.


“Of course he really isn’t James T. Kirk,” Tanya chided herself, “any more than he was T.J. Hooker or Denny Crane, asshole lawyer. He’s William Shatner, an actor and another person, just like yourself. Remember that when he speaks to you.”


“Excuse me,” William Shatner said, “but do you have…”


“Oh my God, you’re William Shatner,” Tanya squealed, forgetting her reminder that he was just another person and not a demi god.


“Yes I am,” he answered, a patient smile flickering briefly across his face. “I was wondering if perhaps you might have a phone…”


“Can I have your autograph,” Tanya asked, her eyes searching franticly for a piece of paper her idol could scrawl his signature across. Maybe he would sign it To Tanya, my favorite fan, or To Tanya, the most beautiful woman I’ve had the fortune to meet. Her eyes fell on the inventory paper and she snatched it off the counter and thrust it at William…could she think of him as William, her eyes pleading with him to sign his moniker on the yellow form paper. 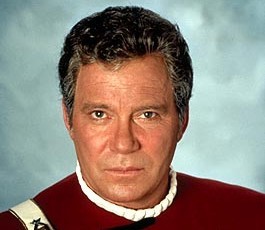 The light went out of his eyes and Tanya had a brief impression of him as James T. Kirk as he faced Kahn, anger seething just behind them as he prepared to face down an enemy. “I am not going to give you my autograph,” he said, speaking the words slowly so that she would understand. “I just came in to see if I could use your phone. My car broke down and there is no signal for me to use my cell.”


Tanya stared at the actor, not comprehending what he meant. She pushed the paper at him again, pleading, “Please.”


“I told you, no. Why should I give you my autograph? You’ll just sell it. If anyone is going to make money off of my signature, it should be me. Now may I use your damn phone?”


Tanya thrust the paper at him again. Shatner sighed. Looking around the rustic store he spotted a loaf of bread and some Goobers peanut butter and jelly. Crossing the store to the counter he searched through a drawer and found a knife that would serve his purpose. To Tanya’s bewilderment, William Shatner pulled out two slices of bread and began slathering P. B and J all over them. Then, slapping the two pieces of bread together, he handed the sandwich to Tanya and said, “There, try selling that.”


Spying the phone, the frustrated actor lifted the receiver and made a call. When he was done he left the store, the tiny bell over the door jingling on his way out. Tanya stood there, dumbfounded, staring at the sandwich in her hand. Then she too lifted the phone and dialed.


“Steph,” she said into the phone, “You are never going to believe who was just made me lunch!”

I seriously had that dream, where William Shatner wouldn’t give me his autograph but instead made me a P B & J sandwich. I don’t always remember my dreams in detail, often they fade shortly after I open my eyes, but this one has stuck with me over the years. Perhaps there is something to it. Maybe one day I will meet the legendary James T. Kirk and have a chance to sit down and discuss Star Trek with him over a peanut butter and jelly sandwich. If that is the case, then I wonder…strawberry or grape?