Today's Vamplit Friday Flash theme is Grotesque Love (in a brothel) I immediately had an idea and what follows sprung from the deepest, darkest corner of my mind. Before reading, I want to warn you that it does contain sexual situations and strong language. If this offends you, you may want to skip. 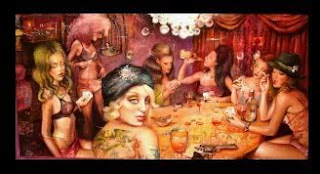