This is my flash fiction for Vamplit. The theme this week is Haunted Attractions. I based my story on a bridge here in Lima. Located on Greely Chapel Road, there are a few stories about the name. I have been there at midnight, though not on Halloween and I didn't see anything unusual. That doesn't mean there isn't something to it. I didn't tell the exact story. I put my own spin on it and combined a few of the stories that are going around about it. To read about the history of Cry Baby Bridge, visit these sites.
Strange USA
Forgotten Ohio
ParaTube
YouTube
Cry Baby Bridge
by Lisa McCourt Hollar 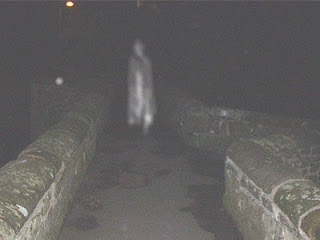