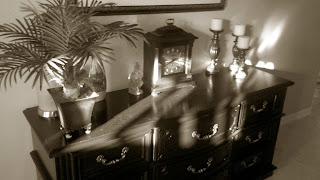 My Menage Monday entry, which can be found at caramichaels.com/defiantlyliterate/2011/11/28/menagemonday-challenge-week-11/#comment-959

The clock read 2:40 when Tony, the head guard, led Jed into the courthouse foyer. Despite the heavy tint, the dying light filtered through a window. Outside a marching band was playing, 'For He's A Jolly Good Fellow'.

Jed snorted at the crowd standing outside. A woman saw him and screamed his name. It was Tammy. In school she hadn't even known he existed. Now she held a sign vowing her eternal love. A hollow promise, all things considered.

Jed turned away from the window. He longed to be anywhere but there. Tony wasn't going to let that happen though. Ra had chosen Jed, and Tony, having bought into the World President's propoganda, would never question their new god.

"This isn't going to work," Jed protested. No one listened and he was forced onto the rocket, while the crowd cheered and began counting down. 10...9...8...7... When they reached zero, Jed would be launched into the sun, a living sacrifice for the rebirth of their god.