I wrote this for a contest on writing.com called Absolute Horror Flash Fiction Contest.
Love Me Daddy
By Lisa McCourt Hollar 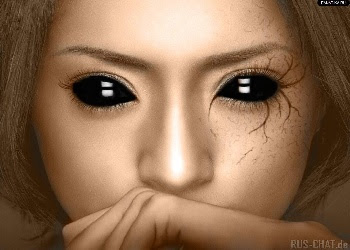 Penny woke to the sound of her mother screaming. Curling into a ball, she buried her head in her brother’s shoulder, to try and mask the sound of her crying. If Brenda heard her, she might decide to take her into the toy room. She didn’t want to go back. She didn’t like the games her older sister liked to play.
Scott’s arm wrapped around her, briefly giving the girl a false sense of security. For just a moment she forgot that Scott couldn’t protect her, no more than her mother and father could. But the gesture was nice, even though it was only a result of his arm being shackled to her.
Her mother screamed again, an agonizingly drawn out sound. Over the sound of her mother’s wails, Brenda was screaming, the same thing she screamed with every game. “LOVE ME DAMMIT! WHY WON’T YOU LOVE ME?”
Penny jumped and her hand slipped off of Scott’s shoulder, landing in something wet and gooey. Penny shrieked, clamping her hand over her mouth at the last minute. Her mother was no longer screaming and she wondered if her sister had heard her.
Biting back another scream, Penny wiped the goo off her hand, smearing it on a dry part of Scott’s clothing. There weren’t many of those. Her brother’s intestines were splayed out across his belly and maggots were squirming in and out of him. When Brenda had come for her the last time, she had been relieved when Brenda unchained her, dragging her off to play a game she called Penny Fingers. Then she found out what Penny Fingers was.
Penny heard footsteps coming towards the room and started crying louder, not caring now if Brenda heard her. The door slammed open and the room was flooded with light. “Penny! I almost forgot about you.”
“Please don’t hurt me anymore,” Penny begged.
“Why would I hurt my little sister? I love you. You love me, don’t you?”
Penny nodded her head, eager to please her sister, even though she no longer resembled anyone she used to love. She had cut Scott’s ears off and sewn them over her own ears and now she wore her mother’s hair over her own. Fresh blood still dripped down the side of her face and bits of flesh clung to the scalp.
“Then let’s go play a game.”
“Not Penny Fingers,” Penny begged, sucking on her right hand. It was the only one that still had fingers.
“I have a new game in mind.” Brenda unlocked the chain that kept Penny tethered to her brother’s corpse and lifted the girl into her arms.
The Toy Room was glowing when they got there. Brenda had candles lit, revealing several Pentagrams drawn in blood around the room. Penny’s mother was hanging by a rope, her eyes seared shut by a hot iron. Her mouth hung open and her tongue dangled from the opening. Like Scott, she was no longer alive. Her blood was splattered on the walls and floor. Brenda had a tub setting underneath to collect the drippings.
Penny tried not to look at her father. Brenda had nailed him to the wall. His eyelids were torn off, leaving his eyes exposed so that he would be forced to watch Brenda play.
“Look Father, I brought your favorite. You went to all her piano recitals. But you never went to my dance recitals. YOU ALWAYS HAD TO WORK! WHY DADDY! WHY DON’T YOU LOVE ME?”
Frightened, Penny tried to pull away from her sister, but Brenda dug her fingers into her hair. “Maybe if I look like Penny. See daddy, I have most of her fingers now.” Brenda held up her hand, showing that she had sewn Penny’s chopped off fingers onto her’s. “What if I had her face?” She pulled out a knife and held it up towards Penny’s head. “If I had her face, would you love me then? Would you daddy? DAMMIT DADDY, WOULD YOU LOVE ME THEN?”
Posted by Lisa at 1:14 PM