This Is How It Begins...

This Is How It Begins…
By Lisa McCourt Hollar 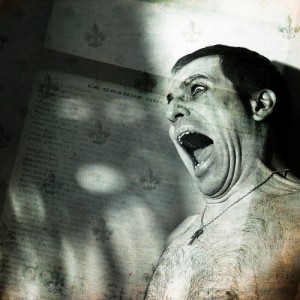 “Careful opening the door. The air inside is probably stagnate, so make sure your masks are on. We don’t know for sure what Dr. Meggs was doing in here, just that he thought it best to barricade the lab.”


“Should we really be opening this place up then,” Alejandra Wiens asked, the nervousness in her voice echoing the concern they all had.


“Especially when there is money involved.” Neil Straka smirked.


“That depends. We don’t know how far Dr. Meggs got with his experiment, just that he ordered his family to never open the lab doors.”


“And yet, his niece has hired us to do just that.” Kurt Dombrosky looked around the lab, his eyes shining like a kid in a candy shop. Nita had to admit, it was pretty cool. All the beakers and test tubes were preserved exactly as Dr. Meggs had left them.


“Some of this equipment was obsolete fifty years ago,” Neil said.


“I read a paper he wrote,” Alajandra said. “It sounded like the ravings of a lunatic. Did he really believe death could be stopped?”


“There are many people that believe it is possible,” Nita said. “I am just interested in prolonging life. That is what Cecilia Meggs hired us to do.”


“She has the same disease her aunt did,” Kurt said


“I found his notes.” Nita blew dust off of a notebook that had been sitting open on a desk. Scanning it, she snorted. “It does sound like the ravings of a lunatic. Listen to this.”


‘I administered the medicine to Sophie, in powder form, since she is unable to swallow pills. The powder is breathed in and absorbed through the membranes. I saw results almost immediately. Sophie’s eyes cleared and she recognized me for the first time in over a month. “


‘One of my lab assistants has cancer. I was unaware of this, until he came to me this morning and told me. I had noticed he was losing weight, but I blamed it on the long hours we were keeping. He wondered if the powder could cure him. I took blood tests before administering the dosage and then took more blood an hour after. The cancer is gone!’


“You would think, but then listen to this.”


‘The rats are showing signs of deterioration. A week ago they were thriving; now look like the risen dead. Whiskers was eating his cage mate. And even though Squigie’s entrails were strewn across the cage, he was still alive and trying to get at Whiskers. I put them down by decapitating their heads. Dear God, what have I given my wife?’


“That is where it ends. A few days later he killed himself.”


“It looks like a sarcophagus,” Nita said, joining Kurt in the next room. There were two caskets, both resembling the burial vessels of ancient Egypt. Both were nailed shut.


The lid to the casket made a groaning sound and then gave, falling open and releasing the air that had been in there for over thirty years. Inside was Sophie Meggs.


“Her skin appears to be mummified,” Nita said. Lifting the woman’s hand, she stared at the open lid in shock. “Her nails are broken and her fingers were ripped open. There are scratches on the lid. She was alive when she was entombed.”


Prying the next one open, Kurt nodding at Nita and verified the same results.


“Be careful with that,” Alejandra said, backing away.


“Just the same,” Nita said, “you should put your mask on…like I told you too when we first entered. You too Alejandra,”

“You aren’t my superior. We are equals in this project, so you don’t get to...” Suddenly Straka stopped speaking, his eyes opening wide. He pointed behind Nita.


Puzzled, Nita turned and screamed. Sophie Meggs, was lunging for her, mouth opened wide. Nita dodged out of the way, but her mask was knocked off by Sophie’s flailing arm.


Still holding the crowbar, Kurt lodged it into the back of the corpse’s head. Sophie stopped moving and crumbled to the floor. Kurt pulled the crowbar out and turned just in time to find the second corpse. He swung and missed, as the zombie lunged for Straka. Falling backwards, Straka screamed. Kurt swung again, this time connecting with the back of the creature’s head and killing him.


“Thank God,” Nita said, then froze as the sound of breaking glass.


“I..it…Oh my God.” Straka sat next to the broken vile, his pants soaked with piss. “They were alive!”


“And now we are dead,” Nita screamed. “You just contaminated us, except for Kurt. He still has his mask on.”


“What are we going to do?” Alejandra was crying.


“This thing takes a week to infect the body. We can work on a cure, but if we can’t find one, Kurt will have to lock us in here. Kill us first, if you can, but lock the lab back up and don’t let anyone else in. Ever.”


“Neil, don’t do it!” Nita tried to stop Straka, but he was closer to the door than she was and fear motivated him to move quickly. He was out the door before she could stop him. Then she heard the bolt slide into place. They were locked in, just as she had ordered, but Straka was outside and she had no doubt he would spread the contamination.