Written for the #WeekendWritercize
Guardian
By Lisa McCourt Hollar 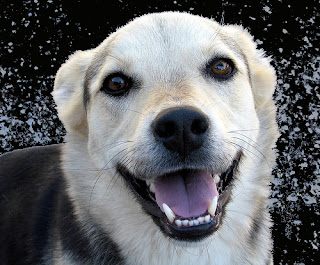 “Lily, guess what!”
Lily put down the book she was trying to read for English and looked at Tyler, the little boy she was babysitting. He was jumping up and down with excitement and she tried not to laugh, as she gave him her most severe look.
“Tyler, aren’t you supposed to be in bed?”
“But Lily,” the boy said, nearly bouncing out of his pajamas, “I have to tell you what happened.”
Lily sighed. She knew there was no point in arguing with him, not when he was wound up like this. If she wanted him to get back to bed, so she could get back to her reading assignment, she would have to let him tell his story. “Okay Tyler, what happened? Did aliens try and take you back to your planet?”
“No,” Tyler said, his voice heavily laced with sarcasm. “That was last week.”
“And they haven’t been back yet? Well then, I suppose that you were nearly eaten by zombies.”
Tyler glared at Lily and she tried not to laugh. Tyler had an active imagination and the stories he dreamed up, never ceased to amaze her. She was sure one day he would be a great author.
“Lily, I’m serious. This is important, because we have to warn everyone about the new neighbors!”
“The Rosarios? They seem nice.”
“They’re vampires!”
“Vampires? Tyler, really, I don’t have time for this. I have a book report due tomorrow and I haven’t even finished reading the book.”
“But I’m telling you the truth! If it weren’t for Jack Jack, I’d be vampire food right now!”
Jack Jack let out a little woof, as though the pooch were confirming what the boy was saying.
“And how did Jack Jack save you?”
“He scared her off.”
“He scared who off?”
“The little girl that lives next door. She tried to climb in my window to bite me, but Jack Jack barked at her and scared her off. He’s my lucky charm.
Tyler was always calling the dog his lucky charm and in a way he was.  A few months earlier, Tyler had been playing with some friends at the park. He wandered  too close to the pond and fell in.Tyler couldn’t swim and none of the other children knew what to do and there were no adults close enough to see what had happened.  Then suddenly this dog came running out of the woods, dove into the water and pulled Tyler out. The dog became an instant hero and Tyler had a new pet.
“You’re trying to tell me that Jack Jack scared off a vampire? You do realize that it is werewolves that are a vampires enemy, not a dog, that while in serious need of a bath, is nowhere near pungent enough to be mistaken for a werewolf?”
“But he did scare her off. If he hadn’t barked at her, she would have sunk her teeth into my neck and drank all of my blood.”
“Okay Tyler, that’s enough. I have too much to do tonight, to listen to your stories.”
“But…”
“I said, enough. Now get back to bed.” Lily pointed towards the stairs. Reluctantly, Tyler turned and headed back to his room, followed by Jack Jack, who growled his disapproval at the sitter. When Tyler reached the steps, he turned and looked back at Lily, before heading up, dragging his feet like a prisoner heading to the gallows.
When he reached his room, Tyler turned on the light and looked under his bed. Then he looked in his closet. The little vampire girl wasn’t there. Once he was sure his room was safe, he shut the door, leaving it cracked so that the light from the hall would filter in. Then he went to his window and looked out. Looking back at him was the little girl. She waved at him, smiling so that the moonlight flashed off of her teeth. He could see her fangs clearly. Reaching out, he checked to be sure the window was locked.
He stood there and looked out the window for a little while, but sleep took hold and he laid his head down on the sill. After he fell asleep, Lily came in to check on him. Lifting him up, she carried the boy to his bed and tucked him in, while Jack Jack kept an eye at the window. Checking to see what he was watching, she saw a shadow fall across the glass. Jack Jack growled, pressing his ears to the back of his head. Outside, a little girl was floating. Sighing, Lily pushed Jack Jack to the floor and opened the window.
“Emma, what are you doing?”
“I wanted to play with the little boy.”
“Have you lost your head? If anyone found out there were vampires in town, they would hunt us down like vermin. You know they think we’re all bloodsucking demons.”
“But I’m bored and he looks so cute. I just wanted to give him a kiss.”
“Well now he thinks you want to eat him.”
Emma giggled. Lily raised her eyebrow. “Go back home Emma.”
Emma floated down to the ground and walked across the yard to her house. Once she was out of sight, Lily turned towards Jack Jack, whose tale was thumping on the floor. “Don’t be acting innocent, your highness,” Lily said, her voice dripping with sarcasm. “Your job is to keep the boy safe, so he can grow up and unite Vampires and Humans against the Zombie Apocalypse, not sit idly by while little girls float outside his window and aliens try and abduct him.”
Word Count: 936
@jezri1
Posted by Lisa at 11:47 PM