The Call For Obstruction (The Courier)

Call For Obstruction: (The Courier)
By W.J. Howard

The first in a series, Call for Obstruction (The Courier), begins with a bang. Barry has just lost his fourth jobs in the past year due to corporate downsizing. Desperate for employment, he jumps at the first position he’s offered over the phone, driver for OTG Courier Services. Shortly after meeting his new boss, a tiny yet fiery old lady named Margery, she coerces him into signing a questionable employment contract, which he soon regrets.
Non stop action makes this book a must read for any horror lover. The Call For Obstruction (The Courier) can be found at Amazon. 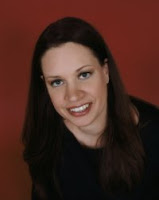 Wendy Howard was born on August 17, 1965 in Roseland, Illinois (a south suburb of Chicago). She grew up in an average American middle-class home, raised by both her parents along with her two younger sisters. Today she lives near Denver, Colorado with her family. On the Internet, she leads marketing campaigns for indie authors, artists, filmmakers, etc. Locally, she is the Director of The Creative Connector, a division of The Colorado Connector, one of the largest networking organization in the Denver Metro area.
With recent changes in the publishing industry, she is driven to support the rights of writers and artists to profit from their work. That's why she co-founded Visionary Press Cooperative with authors Sue Mydliak and Blaze McRob. Together they are committed to revolutionizing publishing into a true co-op model that is member owned, member controlled, and member benefited.
Show More
Show Less
Posted by Lisa at 10:56 AM