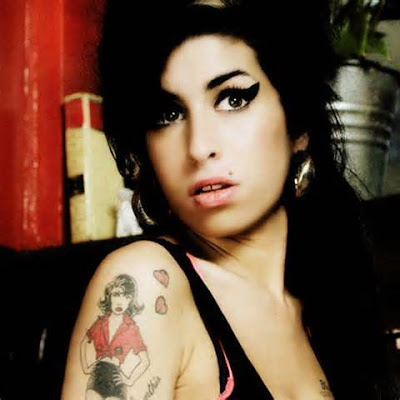 The bar was smoky when Andrew stepped inside. The haze stung his eyes and he tried not to breathe too deeply; there was no telling what kind of poison was in the air. All eyes were on him before the door closed, especially the women’s… all that is except for her. She purposely avoided looking in his direction, choosing instead to bend over the pool table and make her move. He felt a pain in his own when the balls shattered against each from the impact of her shot.
“Maria, come with me,” he said, taking her arm. A big guy who had been watching Maria stood, trying to look threatening. He was dressed like a lumber jack and put Andrew in mind of Paul Bunyan. He towered over Andrew and a lesser man would have backed down… or a smarter one.
“She’s my wife.”
The big man smirked. “Looks like she’s lost interest in the marriage. Go home.”
“Maria?” Andrew turned her towards him, forcing her to look into his eyes.
She looked briefly and then looked away. “You know I’m no good.”
“I know that you’re mine. Come on.” He pulled her towards the door while she struggled to get loose from his grip. A hand on his shoulder stopped him.
“I tried to warn you,” the big man said, and then threw a punch that would knock any man on his ass. Andrew wasn’t any man. He stood there and absorbed the blow while the giant’s face turned from anger to shock.
“My turn,” Andrew said. He reached for Maria’s would be protector, grabbing for his arm. Then he pulled and twisted, ripping the limb from its socket and tossing it across the room. The arm landed on one of the tables, spilling a couple bottles of beer before anyone had a chance to register what had just happened. The lumberjack fell to his knees, putting him at just the right height for Andrew, who ripped his head off.
The screaming began then. Andrew picked Maria up and threw her over his shoulder, smacking her on the ass for good measure. He only made it a few feet before another man… this one even taller than the first. This one, a biker, at least had the decency to look scared as he addressed Andrew.
“You aren’t going anywhere.”
Chairs scraping against the floor and Andrew looked behind him. He counted seven more men, all looking angry. On the floor, another was bent over the lumberjack. He looked up and Andrew knew this wasn’t over. It never was.
He set Maria down. “Are you happy now,” he asked her.
The first ran at him, trying to knock him backwards, but just as before, Andrew didn’t budge. The man however fell backwards. Andrew left him there, turning towards the advancing horde. Blood was everywhere when he was finished, as well as arms, legs and a few severed heads. Everyone else had fled the bar, except for the man on the floor. He was staring at Andrew in terror. Then, realizing he was the only one left, he began backing towards the door. Andrew took hold of his leg and pulled him back to the middle of the room, placing him in front of Maria.
“Is this what you wanted?” He asked. “More death. You know how jealous I get, why do you push me?”
Maria didn’t answer, looking between Andrew and the terrified biker. She knew this was all her fault and she felt a thrill, knowing she had such power over him. In the two-hundred plus years they’d been together, she never got tired of making him fight for her. She fell on the floor, covering the man with her body while she drank his blood. Andrew waited patiently. When they got home he would punish her severely. Or she would punish him… He would never admit it, but he loved the games they played.