I wrote this from a writing prompt, Hear No Evil. It's short, but I can see it becoming something more in time. 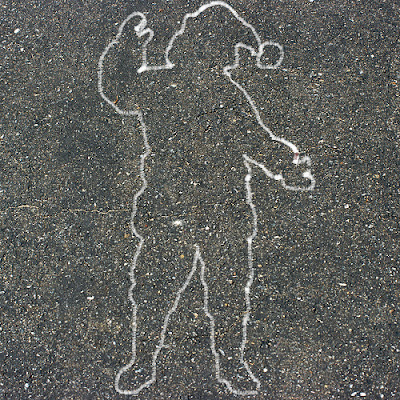 Santa Claus was dead. Of course he wasn’t the real Santa Claus. That fucker was dead long ago, killed by commercialism and gluttony. But his memory lived on and then scum like this twisted and perverted that image.
Edgar stood over the body and wiped his knife on a cloth he’d found on the ground. He relived the kill again in his mind, walking past the alley, images flashing in his head, the way they always did when evil was around. It didn’t take him long to find the source. The guy laughed when he’d seen Edgar, and then his laugh turned to screams. The fat fuck deserved it. He only wished he’d been able to hear his pleas for mercy.
The little girl huddled in the corner, hiding her eyes. It was more because of what he had done, than how he looked. Kids didn’t usually think the way adults did. They saw his twisted face, his eyes placed where they didn’t belong, his missing ears… they were curious, but until an adult pulls them away, hurrying them down the street and away from the monster, they aren’t afraid. Now this girl would forever have nightmares of the man that murdered Santa. Even if Santa was the real monster that had tried to touch her no-no spot.
He almost left her where she was. The police would take the child home and he didn’t need the trouble. But when Edgar turned to walk away, the girl got up and ran after him, latching onto his hand.
“No,” Edgar said, trying to shake loose. She let go long enough to hold out her arms. She wanted him to pick her up. He turned again and tried to walk away, only to find her hand in his again. He looked at her and for the first time noticed her unkempt appearance. Her clothes were shabby and ill-fitting. She also looked hungry. He closed his eyes, trying to get an impression of her life. What he saw chilled him. He picked her up and took her with him, hurriedly leaving the alley. He wouldn’t allow the police to take her from one nightmare, only to return her to another.
Posted by Lisa at 6:37 PM