Every Breath You Take


Every Breath You Take
By Lisa McCourt Hollar 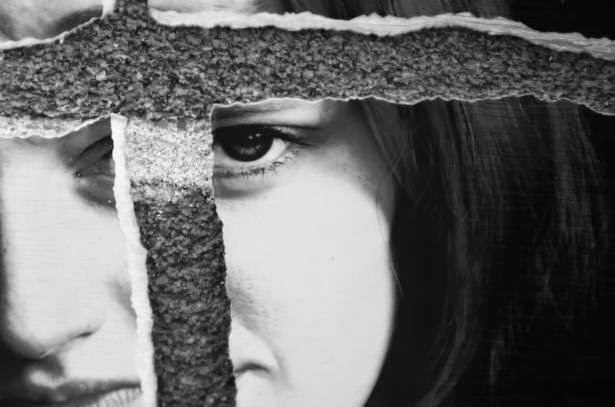 “Steve, please … I’m not ready for this  …” Amanda pushed his hand away from her waist and tried to sit up.
“Baby, come on … how many cold showers do you expect me to take?” He put his hand on her bare leg, letting slip beneath the short skirt. She slapped his hands and pushed him onto the floor. Steve laughed. “You know I like a challenge.”
“And you know I said I wasn’t ready.”
Steve sighed. “I guess I take as many cold showers as you need me to then, but baby, please try not to take too long getting ready.”
He headed for the door, but Amanda stopped him by putting a hand on his arm. She didn’t want him leaving mad. Maybe she shouldn’t have worn the skirt, but damn, she looked good in it. She kissed him, softly on the lips and then pulled away. “Call me tomorrow.”
After she closed the door, Amanda went to take her own cold shower. She nearly changed her mind earlier, nearly invited Steve to spend the night, but she wasn’t ready for that kind of intimacy yet. She wasn’t ready for Steve to see the parts of her she couldn’t even look at.
She stepped into the shower and closed her eyes as the water ran over her head and down her back. She squeezed the soap onto the loofa and began to scrub at her skin. Angry welts spread across her body, painting her normally pale skin red. She cringed as her fingers grazed the scars on her breasts. No matter how hard she tried, she couldn’t make those go away. She tried though, scrubbing her breasts and her stomach until they bled.  Would she ever feel clean again?
She stepped out of the shower. Her cell phone rang. She glanced at the screen; it was Steve. Smiling, she picked up the phone and pressed answer.
“If it makes you feel better, I just finished showering, myself.”
Steve didn’t answer. Instead a song began to play. Every Breath You Take, by The Police. Then the song stopped and a voice came through. “I told you, Jessie, I won’t let you go. I won’t let another man have you either. Every day, every night, I’m watching.”
Dropping the phone, she ran to the window, trying to peek through the curtain without being seen. Steve’s car was still out on the street. She could see him sitting behind the wheel, but he wasn’t moving. She wouldn’t … couldn’t, go outside and check on him. She knew he wasn’t alive.
A cruiser with two police officers pulled up outside. She wondered who had called them. Tom? If so, that was new. Maybe he was trying to keep her from running again. Maybe a neighbor. Mrs. Thornton? She liked to keep an eye on the neighborhood. If she’d seen anything suspicious, she’d have called the police … but if she’d seen Tom, she’d be dead too. So maybe it was just a coincidence. They stepped out of the car and approached Steve. When they reached his car, one of the officers turned from the scene, bent over and threw up in the grass. The other staggered a few steps and then ran back to their cruiser and called for backup. Amanda opened the door and stepped out. Tom was watching. She could feel his eyes on her. She looked around. She couldn’t see him. But he was out there. Before long, other cars arrived. Police, ambulance … though that one came without lights on … a van with the local news logo painted on the outside, and gawkers who just wanted to see what the commotion was all about.
The officer who had lost his lunch, and his partner, came up to the porch to talk to her. He introduced himself as Officer Green and his partner, Officer White. She almost laughed.

“He’s watching me.” She started.
“Who?” Officer Green asked. He looked over his shoulder towards Steve’s car.
“No, not Steve. Tom. He’s my husband. Was my husband. I guess he’s not anymore.”
“Divorced?”
“No. He’s dead. At least that’s what everyone believes. He’s not. At first I thought he was, and then when I saw him—alive—I thought I was crazy. Then I thought maybe he was a ghost. He’d always said dying couldn’t keep him away from me. But he’s not dead, just everything he touches. Or anyone who touches me.”
“Is it Tom who killed him?” Officer White motioned towards the ambulance, where Steve’s body was being put into the back.
“Yes. He called me to let me know. I’d been seeing Steve for a few months. We went out the first time in December, right before Christmas. When nothing happened … when Tom didn’t call, when nothing dead showed up on my porch, I thought maybe I had managed to get away. Maybe this time he wouldn’t find me. Do you know how many times I’ve moved? How far I’ve ran, and still, he keeps coming.”
“No?” Officers Green and White exchanged glances. Amanda knew they thought she was crazy.
“My name is Jessica Carry. I’ve also been Tony Gray, Shannon Grace, and Bethany High. I go by Amanda Bennett now. Tomorrow … well, I don’t know who I will be tomorrow. Probably a prisoner with a long number after it. And I still won’t be safe.
Officer Green’s hand went to his gun. “You’re Jessica Carry? Jessica Lynn Carry?”
Officer White looked puzzled, but he wasn’t slow to his partner’s response. He reached for his gun too.
“You don’t need that. I’m not going to resist.”
Officer Green pointed his gun at her anyway. “Turn and place your hands against the wall.”
Amanda sighed and turned, placing her hands on the side of the house. “I know you don’t believe me, but I didn’t kill all those men.”
“You have the right to remain silent … ” Officer Green read her, her rights, while Officer White cuffed her.
“It was Tom. I know you don’t believe me, but it was.”
“Ma’am,” Officer Green said, “I followed the case. One of the men you killed was my cousin.”
“Your cousin? Wait … Green … Johnny Green? He was a sweet boy.”
“That he was. And then you hacked his head off.”
“Tom did that. He found out I was sleeping with him.”
They walked her to the cruiser and Officer White helped her into the back seat. Officer Green shook his head.
“I remember you telling that story, after you got caught. It was the same with all the men. You’d been screwing them, your husband found out and he killed them. Only problem is, your husband was the first one you killed. They found him in your basement. He was dead when you chopped my cousin up. He was dead when you killed the others. When you killed that unlucky soul tonight.”
“He’s not dead. Or maybe he is, but he’s not gone, and he’s coming after me.”
Officer Green shut the door and got in the front. He started the car and the drove off. She saw Cora Roberts, the local news anchor, and a camera man filming her as the car drove off.
She felt icy fingers stroked the back of her neck while whispered words brushed against her ear. They had been words sung at their wedding.  Every breath you take … At the time she’d thought they were romantic words. Until his first jealous fit. The first cuts he inflicted—scarring her so no other man would want her. You belong to me. She swept the hand away, but there was nothing there. She was alone in the back seat. You’re dead, she whispered. Tom laughed. She looked out the window. She saw his reflection in the glass. Faint—ghost like—a phantom. She had killed him. Turned the knife on him while he slept.  She should have been free. He whispered again, Every day—every night—every breath you take—I’ll be watching you.