Continued from Tartarus, Zombies, and Ne'er-Do-Wells
This is chapter 8 in my MG/YA Zombie series, You can read it from the beginning in Death and Zombies. 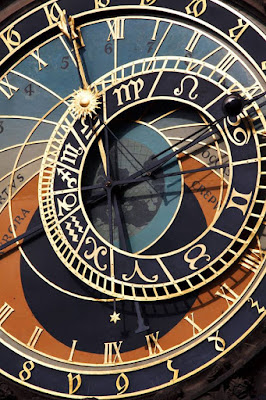 “Careless, worthless, good for nothing ...” Medusa paused, trying to think of another word to describe what she thought of her son losing his cloak and scythe.
“Ne’er-do-well,” Steve suggested.
“Ne’er-do-well,” Medusa finished. “I can’t believe you. What does this make, three times? What is Khronos going to say? You know he hates zombies.”
“Khronos isn’t going to say anything, because he isn’t going to know about it. I’ve got a plan.”
“He stole his watch thingy,” Jason said.
Medusa grinned at the plump boy and set a plate of cookies in front of him. “Such a sweet boy. Too bad you’re going to grow up into a man.” Then she turned to her son and shook her head. “So you’ve turned into a thief as well. Where did I go wrong?”
“Probably when you turned my father into stone. You deprived me of a good, male role model.”
“You know, Khronos put you on probation after the last zombie outbreak. Giltine is just itching to get her job back.”
“Mom, could you try having a little faith in me, just once?” Death pleaded.
“This is really kind of sad,” Daniel whispered to Darlene. “How old do you think he is?”
“I am 717 years old, give or take a century or two, and I can hear you.”
“Don’t you think you should get your own place?” Daniel asked. “It’s not very becoming for the Grim Reaper to be living in his mom’s basement.”
“I pay rent. And besides,” Death said, turning toward the previously zombified teen, “perhaps you should worry more about yourself and less about me. After all, I’m not the one who tried to make a snack out of the girl I like.”
“Darlene looked at Daniel, who was desperately trying to avoid eye contact. “You like me?” Darlene asked.
“Dude,” Steve laughed, “she likes you too. Trust me, she talks in her sleep.”
Now Darlene was trying to avoid eye contact. Death laughed. “Yeah, I’m the pathetic one. Now, if I could get my robe and scythe back … Halloween is almost over and there will be no do overs if I don’t have it fixed by then.”
“Here.” Steve set his backpack on the table and opened it up. He pulled out the robe and scythe. “I’m sorry. It would have made a great Halloween costume though.”
“So what do we do now?” Darlene asked.
“Enjoy the ride.”Death said.
“Will we remember what happened today?” Steve asked.
Death shrugged. “I don’t know. Probably not.”
Daniel grabbed hold of Darlene and kissed her. If they were going to forget this anyway …
Death opened the pocket watch and began to turn the hands, rewinding time.

Darlene was annoyed. Something was tickling her feet. She kicked her foot and rolled over, clutching her pillow. Darlene sighed, trying to get back into her dream. Daniel had been kissing her. She felt the tickle on her foot again. “Stop it,” she mumbled, tossing and kicking her foot again. This time something grabbed her foot and yanked. “What the …” Darlene opened up her eyes and screamed. Standing over her was a dark figure wearing a skull mask. She threw her pillow at it before she realized what was happening.
“STEVEN! GET OUT OF MY ROOM!”
Steve pulled off his mask. “Come on Darlene, we’re going to be late. You can dream about kissing Daniel Griffen later.
“I don’t dream about kissing Daniel.”
Steve picked up Darlene’s pillow and buried his face into it, “Oh, Daniel, kiss me again.”
“You better watch it, or I’ll tell Sheila Young that you have a crush on her.”
“Eww, I do not.”
“But she’ll think you do …” Darlene shut the bathroom door, a satisfied smile on her face. She looked in the mirror and frowned.
“Steve,” she called through the door. “Do you feel like we’ve done this before?”
Steve thought about it a second. “Yeah, kind of. Probably just deja vu.”
“Probably.”
“Who do you think is going to win best costume? It was Johnny Farmer last year. He went as a space pirate, but his parents were rich and put a lot of money into his costume. He had special effects and everything. I’m glad they moved. Now I just have regular kids to compete against. Death is a pretty good costume, doncha think so Darlene?”
“It’s ok,” Darlene said, coming out of the bathroom. Better than zombies. So overdone.”
“Death is the perfect costume for Halloween. I just wish I had more than this dollar mask mom bought me at the dollar store. I saw the perfect costume the other day. If I had that, I’d be sure to win the costume contest.”
“Mom and dad are doing the best they can. Be grateful for what you’ve got.”
The two headed into the kitchen to grab their things and leave. There was a bag on the table.
“What’s this?” Darlene asked. “It has your name on it.”
Steve opened the bag. Inside was a cloak and scythe.
“That’s not real is it?” Darlene asked, eyeballing the scythe.
“I don’t know. There’s a note.

Steve,
You can borrow this for the Halloween contest. I want it back after.  Meet me at the tree.

“The tree?” Darlene asked. She and Steve looked at each other, and then Darlene remembered her dream.
“The tree,” Steve said. They both laughed as they remembered their adventure. Then the two headed out the door, ready for whatever this Halloween would bring. Except zombies. They didn't want zombies.
And zombies is exactly what they didn't get.